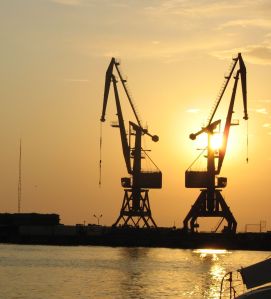 I teach methods of political control when the main link across the political control is first and foremost the human being. The basis of these methods is the overlapping of the politics with the real urgent human wishes and capacities when the politics would include their potential in the overall development of humanity. Therefore, I distributed the methods of political control in line with a rigid hierarchy, so each training course on political control is conducted exactly in line with the purpose that is salvation, based on the principle of creation in politics, and I teach Consciousness structuring, which allows not only making political decisions, which, for example, take into account the interests of the parties, but also making the political decisions that create the following base, create the following directions in the development taking into account the interests of the future parties, and of those parties which, for example, are absent, at the moment, because such political movements haven’t appeared yet. Nevertheless, my system of control and training on control in politics ensures that this would be taken into consideration.

Well, the political control in fact is reduced to forecasting and political control where the real implementation is a phase of the forecast of the tasks actually of every human being and of every person based on the principles of full freedom of the individual; the same refers even to a socially, let’s say, particular state where all the canons of democratic standards are not developed enough.

However, here you can find the compromise line, which allows in politics to solve the issues of people who are engaged in their creative work, their lives, and their creation. In connection with this, in my lectures, exactly the Soul and the relationship of the Consciousness and the Soul are essential for making political decisions.

That is, the system of political decisions is a system of solution to the challenges that exist for each person individually and for all the people together. That is, the politics is considered to be not a structure of some, shall we say, levels, which in many ways are often separated from the common tasks. In fact, the politics is seen as an action of each person, which is transmitted to all levels and actions of all that are passed to everyone according to this formula. The structuring of the Consciousness is taking place, and the teaching makes it possible to form politically correct thinking of all the layers of the population.

When I teach the aspiration for political control and real control towards each individual contrary to the tasks that are not related to each individual, we get of course the spread to all the spheres of activities, to the different structures of the world, and moreover those, which are related to the natural resources, because it is environmental security as well. In this context, this course certainly relates to more general relations than just to the politics itself.